You know when you get so into a TV show that the fact you have to wait a week for the next episode turns you into a frustrated, whingy, entitled (but excited) child? It’s happened to me again recently. The difference this time is that I’ve been listening to podcasts made by fans who like the same programs as me. TV podcasts entertain, inform, and most importantly, help pass the time until the next episode. They satisfy my inner geek and give me a little hit of my drug of choice. Here I’ll review a few of the ones I’ve tried. 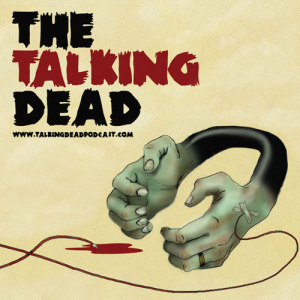 What’s in a name? In September 2009, two people on opposite sides of the US decided to make a podcast about AMC’s The Walking Dead (the hit zombie apocalypse show where a different character is killed by their own stupidity each week). The first of the two decided to call his podcast, ‘We All Carry the Zombie Taint’ – which is scientifically accurate but off-putting. His show was ignored by the cold, rational universe. The other dude chose the most obvious and most perfect name – The Talking Dead – and his show is now as firmly established in the collective consciousness as close-ups of the guy from Love Actually and zombies with squish-easy heads.

Based on the perfection of the name, I was already predisposed to like the show. But what do they talk about, and is it any good?

The Talking Dead is two dudes, Chris and Jason, who watch the latest episode of the show and then discuss it. They go through the episode (which helps remind us what happened) and discuss the plot and characters (was it believable for X to do Y? Will A have to kill C before he gives B the D? Should the characters stay in the suspiciously safe place they’ve found, or should they keep moving?). They also speculate about what might happen next. (Spoiler alert? The Walking Dead is based on a comic so the hosts have some idea of what might come next but they’re careful not to spoil the TV show for people who haven’t read the source material.)

Chris and Jason are very likeable and they have over 150,000 fans on Facebook. Pretty impressive and as far as I can tell, well deserved. I added the show to my subscriptions. A high honour!

[A quick word about the sound quality – a lot of podcasts are basically taped conference calls with people unable to hear each other, weird distortions and all that. The hosts of TTD live in different cities and the show is a recorded phone call, but I had no idea until they mentioned it three episodes in. It sounds like they’re in the same room. So someone’s put some effort into the audio side of things.]

A Cast of Kings 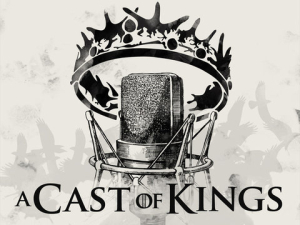 When I’d got up to speed with The Walking Dead I had a choice – binge-watch Game of Thrones or go do some work. 50 hours of dragons, tavern brawls, and nude princesses later I found I was running out of episodes to watch. I tried to slow myself down by listening to A Cast of Kings (the Game of Thrones equivalent of The Talking Dead podcast). It’s equally well-produced and the discussions are good – they either talk about things that bothered/interested me or bring up new topics I would never have thought of. Interesting either way.

Dave Chen hasn’t read any of the books, while Joanna Robinson has read everything and is an expert. (I’m closer to Dave – I’ve read the books so I’m not surprised by the deaths of key characters but I’ve forgotten how everything fits together.) Dave Chen takes the role of the average viewer – he can speculate about what’s going to happen based purely on what he sees and he can ask the questions that most people would ask. Joanna can ask him if he thought a certain character’s behaviour seemed consistent, or if he knows why something happened. She’s especially interested in his opinion on scenes where the show differs from the books, since the TV version must inevitably be shorter and simpler and many plots and characters are purged or merged. She’s very good at not giving out spoilers.

So, A Cast of Kings is really good and I sort of like it a lot. After listening to a bunch of episodes I still found myself looking for alternatives though, and it’s because of one apparently tiny thing that would be incredibly easy to fix. Dave Chen thinks it’s hilarious to call his co-host by her full name 400 times an episode. In an hour of conversation with someone, how many times do you use their name? 5? 3? Financial podcasts are full of ‘gurus’ mindlessly vomiting out first names to ‘build rapport’. And it’s a billion times more annoying when a grown man is saying the whole name because he’s decided it’s quirky or whimsical. IN ADDITION, in a recent episode they read a letter from a fan complaining that Joanna’s mentions of her employer are too frequent. Dave Chen made fun of that comment – quite right actually; the complaint was stupid. But now he says ‘Joanna Robinson from Vanity Fair’ incessantly, to punish the listeners for listening! What do you think, Joanna Robinson from Vanity Fair? Is that how it happens in the books, Joanna Robinson from Vanity Fair? Are you not entertained, Joanna Robinson from Vanity Fair; am I not a delight? 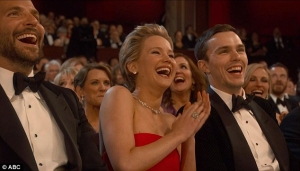 Summary – good in small doses until I find an alternative or until the host grows out of his affectation.

A Storm of Spoilers 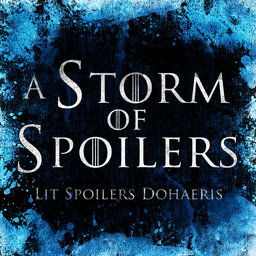 While Dave Chen ruins just one show, Ms Robinson is a delight on two. The other is called A Storm of Spoilers and is similar in structure and intent to Cast of Kings. It has three co-hosts, and none of them is Dave Chen, so there’s no-one consciously undermining everything they work towards. As always, the hosts discuss the latest episode, but they’ve read all of the books and assume their listeners have, too, so they can go full geek.

One interesting thing about Game of Thrones is that the speed at which George RR Martin writes (think disabled slug wading through treacle, uphill) means that the TV show will be completely over and done with by the time he’s finished his next paragraph. That means the TV show will very soon sail on uncharted waters and all viewers will be equally clueless about what comes next. I’m sure A Storm of Spoilers will continue, just there won’t be very many spoilers. From a literary point of view, Martin will have to tell the producers of the TV show what is going to happen next, years before he sits down to write it, which is pretty weird.

Anyway, good show, but only for people who’ve read all the books.

All Men Must Die

‘Maybe this is the one I’ve been looking for!’ I said to myself when I found it on itunes. When I downloaded an episode, though, the app said that I had listened to half an episode already. I had zero memory of it. So I pressed play, listened for 8 minutes, then deleted it from my phone. I must have done that the first time. One word review – irritating.
So at the moment I’m stuck with Dave Chen who, despite being someone I’d avoid at a party, runs the best Game of Thrones podcast. Apart from his one desperate affectation, he does have a really good sense of what his audience wants and needs – his rivals could learn a lot from him. [edit – a couple of people have suggested some other podcasts for me to try – will do an update]

Next time you get addicted to a TV show, see if there’s a podcast to accompany it – if you find a good one, it’ll totally enrich your enjoyment of the show.