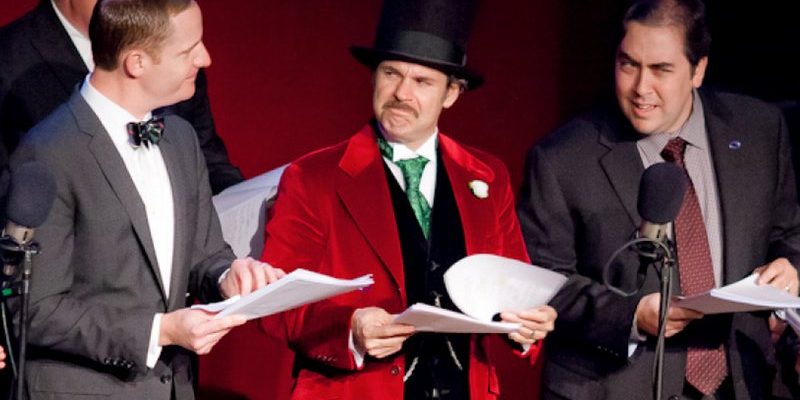 I’ve still got too many podcasts on my app, and it’s running slower than a sloth in treacle. I feel bad deleting series, though – it’s like ‘rejecting’ people on Tinder – so before swiping it away I thought I’d give one last final chance to the Thrilling Adventure Hour – a stage show in the style of those old-timey radio dramas. Think over-the-top voices and sound effects, brash humour, silly names, all that 1940s stuff.

Maybe I chose a couple of duff episodes and deleting it would mean missing out on something great, but…

I listened to an episode (chosen at random from the feed) called ‘Down in Moonshine Holler’ and my attention wandered all over the place. I couldn’t get a handle on what was going on, and that didn’t bother me. Then I tried the latest episode, a science fiction thing called ‘Crisis on Infinite Marses’. Both were well-produced and the actors seem invested. And it’s pretty awesome that people are writing and making this type of show.

‘Crisis’ starts with 150 seconds of Squarespace advertising – I know they have to pay the bills, but ugh VOMIT get on with it boo! That’s the sort of thing I’d forgive if the show was funny, but it isn’t. The biggest laughs are from visual things the performers are doing, which is weird for an aural event. They have great casts though. Maybe I should give it one last final final try?

No. I just swiped it away. It’s gone.

Hey, that felt good! Tis the season for deletin’! What have you deleted lately?