There is a celestial event that brightens the sky once every 75 years. It is called ‘The James Bonding Podcast’ and an episode was released this week after the death of Christopher Lee. It got me thinking about what podcast creators were saying about Mr Lee. I decided to do some mini reviews while I was finding out. 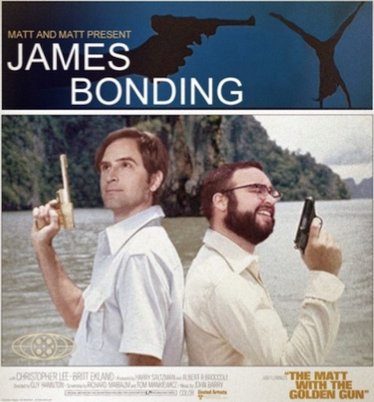 Imagine two huge nerds are locked up in adjacent prisons and one breaks the ice by saying ‘Hey, who’s the best James Bond?’ The prison is equipped with recording equipment and the feed is sent to top sound editors to mould into a broadcast. Every three months the conversation starts to lag, so the guards let them watch a Bond movie to get their juices flowing again.
.
The resulting podcast is called James Bonding. The prisoners, Matt Mira and Matt Gourley, happen to be Bond experts, so when they’re rambling about which is the best Bond car, hottest Bond girl, best Bond baddie, there’s a WEIGHT OF INTELLECT behind the frippery. (There’s also an entire off-topic episode where alpha-Matt investigates a childhood trauma of other-Matt. Legitimately hilarious.)
.
They don’t take themselves too seriously, which is for the best because alpha-Matt sounds exactly like Butt-Head (to the point where I spent ten minutes googling to see if he was a voice actor). Their tribute to Christopher Lee was essentially one word – TABASCO! But I and thousands like me have listened to them talk about Bond for well over 50 hours and the release of a new episode is an event only fractionally less drool-inducing than an actual new Bond movie.
.
They have special guests, and did a wonderful crossover episode with the guys from How Did This Get Made?
.
I’d recommend this podcast to anyone who has ever seen a Bond movie. Pro tip – watch the movie before you listen to their review.
.

James Bond Radio – The War and Peace of Podcasts 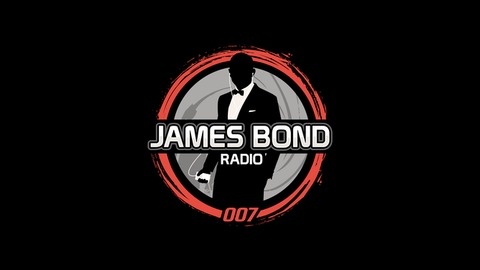 I chose The Man with the Golden Gun episode because Christopher Lee played Scaramanga (and delivered the ‘TABASCO’ line). It is astonishingly long – 3 hours 7 minutes. Longer than Lord of the Rings, never mind a Bond film! They had some extra material to dig their teeth into because the trailer to Spectre (the next Bond movie) had just come out, but looking at the episode feed, 3 hours is actually standard for these guys.
.
James Bond Radio is done by a couple of English geeks, one with a perfect radio voice, one with slightly lazy diction. When they played the Spectre trailer and started talking about it they regressed to being 13-year old boys, super excited about the upcoming movie.
.
3 hours 7 minutes though! I’ve had relationships that didn’t last that long. Still, when they get into their stride describing the movie, it feels like time well spent.
.
I need to listen to some more before making a final decision, but this seems like a solid podcast for Bond fans, and new episodes are far, far more frequent than James Bonding.
.

Pex Lives: A Doctor Who Podcast

As it says, this is about Doctor Who, but they did a special Christopher Lee episode after his death. I don’t remember him being in Doctor Who, but maybe he played a Sontaran. One of the hosts has a wet, sloppy mouth, and not in a good way, and another guy’s phone went off early on – which just drives me crazy. Turn your phone off if you’re recording a podcast! Jesus! Also, please consider pronouncing the letter ‘T’ from time to time. Stop glottaling everything. The third host, a woman, sounded like she was phoning in from a payphone in a busy cafe.
.
But despite hating it right away I didn’t turn it off, and after 5 minutes found myself engrossed in what they were saying. They had some great facts about Christopher Lee’s career and the type of anecdote you want TV/movie fans to tell you. I had to turn it off because the sound quality was getting on my nerves but if we ever do a Doctor Who podcast roundup I’ll come back and check this one out, because I can imagine it being one of the more interesting ones.
.

Tales of Horror Podcast – The Man of Science

This is weird – it’s from the Radio Nostalgia Network and seems to be some bits of old radio shows rebroadcast. I found it because they had a short story read by Christopher Lee.
.

.
What a voice he had! I may be wrong, but I feel like his type of rich, sonorous voice is becoming more and more scarce. I enjoyed listening to him reading the story. For 5 minutes until I got bored. Just wasn’t in the mood for an olde-tyme story.
.

Lewis Howes – How to Envision and Achieve Your Dreams

.
This came up when I did a google search for ‘Christopher Lee podcast’. The page opened with one of those ‘give me your email address’ pop-up boxes that everyone except Lewis Howes despises so much, and at the top of the site is one of those ‘look at my products!’ bars that you can’t get rid of. On the right is another chance to give Lewis Howes your email address, below which are cringeworthy links called ‘Double Your Business Online!’ and ‘Subscribe to The School of Greatness’. (If I had hacking skills I’d edit the page and add a ‘Double Your Humility the Lewis Howes Way’ product.)
.
Below the soundcloud icon (which lets you listen to a podcast on a website) is yet another place where you can give this guy your email address. If you scroll down ANOTHER box pops up in the corner. Guess what it wants from you? Your email address? That’s right! Lewis Howes loves sending emails!
.
Holy shit it’s annoying. These over-optimised websites need to be BURNED WITH FIRE
.
Anyway, the episode is supposed to be an interview with Chris Lee (not, you will notice, Christopher Lee like I asked for). But Lewis Howes treats us to an 8 minute introduction before talking to his guest (and even then repeating much of the introduction). There follows a lot of fluff about limiting beliefs and emotional intelligence, which are important topics, but having seen the guy’s approach to ‘Making Money Online with Integrity’ (genuinely the name of one of his products) I couldn’t take it seriously.
.
Maybe I’ll make a website called ‘Deceive yourself into thinking you have integrity while acting like a viagra scamsite.’ I’ll just go check if that domain name is available.
.
—
That experience put me off looking for more relevant podcasts – Lee’s career was so epic that there were probably mentions in Lord of the Rings podcasts, Star Wars podcasts, Hammer Horror podcasts, and so on and so on.
.
Bye for now,
Andrew
.