My latest obsession is history podcasts. The greatest stories ever told, told well. What’s not to like? Here are some of the best ones. As always, add your own thoughts down in the comments.

On a smartphone, swipe to see more entries.

Dan Carlin is a heavyweight podcaster – he’s been doing it since 2005 and has built a huge following. He’s got a good radio voice and he records in a studio with a sound engineer. I’m no audiophile but it seems to be top quality.

All that’s insignificant, really. All you need to know is that these podcasts are stupendously good.

Carlin records about 5 a year, and each one is 5 hours long. A few months ago I wouldn’t have even downloaded a podcast that long, when something’s this good, you can only wish they were longer. 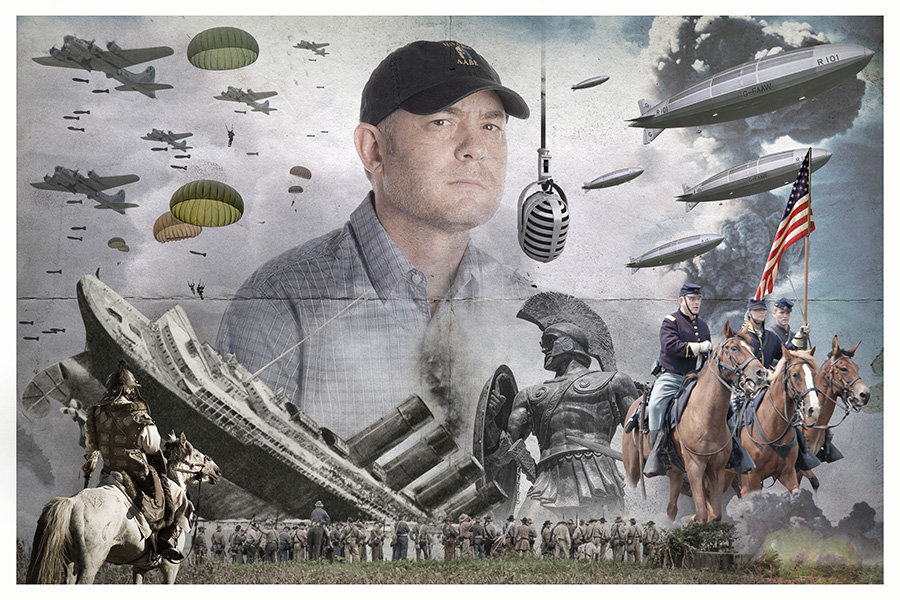 They give the impression of being recorded in one fluid take, and Carlin’s rambling digressions turn out to be nothing of the sort – he’s got quotes and sources for everything, so it’s all planned.

Blueprint for Armageddon is his overview of World War One, and it’s spread over 6 episodes, meaning about 30 hours of content. It’s monumental. I learned more from those podcasts than I did in 3 years of my history degree. And unlike during my studies, I was riveted from start to finish.

All history should be taught this way.

(Note – only the last few episodes are available for free – then they go into the archive where you can buy them. I’m seriously thinking of buying all the episodes I missed. Seems like a good use of 60 dollars.)

Blueprint for Armageddon is the best series from HH I’ve heard so far, and is an incredibly engaging investigation into WWI.

I started listening because a friend told me Wrath of the Khans was so amazing, and he was right.
I think Ghosts of the Ostfront and Blueprint for Armageddon are even better though, since Dan has a lot more and newer sources to draw from, including letters from soldiers who fought.

The Land of Desire

This is a new podcast that tells stories from French. Its francophile host, Diana S (which I believe stands for San Francisco) has a nice (American) voice that she uses well, and the second episode was very interesting and well-structured. ‘Oh, that’s a good way to tell that story,’ I thought to myself. 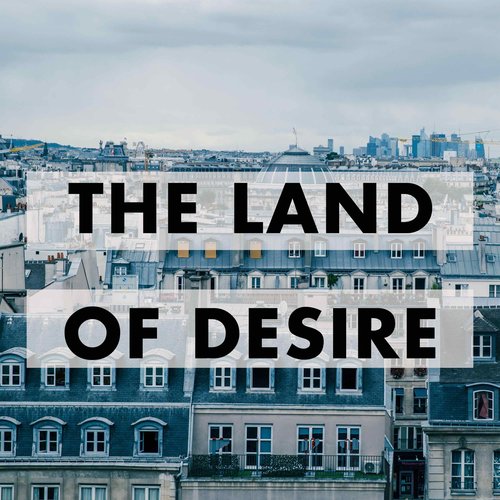 All in all, a very promising history podcast that sounds quite different than most on this list.

One element I expect will prove divisive is the background music and sound effects. There are times it adds to the experience, and other times it’s a distraction.

Update – Oh, Lordy! The 6-part series on The Dreyfus Affair was STELLAR. Go listen to that right away. What a story.

The History of Rome

Mike Duncan’s epic 200+ episode treatment of the greatest empire and army the world has ever known (if we discount some of my achievements in Civilisation games). 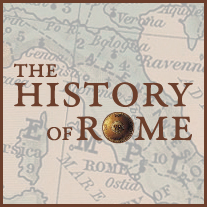 I like it a lot – his dry humour works for me, and episodes are about 20 minutes long. They are also all available on iTunes right from the start.

The only problem is almost every few episodes are the same – but that’s not the podcast’s fault. Blame the Caesars for that. Basically there’s a great emperor who restores Rome to its former glory, then his successor is a blithering idiot who ruins everything. Repeat over hundreds of years.

I got stuck about halfway through. Once I got to emperors I’d never heard of it became harder to stay interested. Once a week I force myself to keep going, but it’s heavy work at this point.

Still, unquestionably one of the giant names in the world of podcasting.

You can’t go wrong with The History of Rome, Mike Duncan is amazing.

Once I finished all of Dan Carlin’s stuff I listened to Mike Duncan and am now hooked. History of Rome was amazing and I’m on the Revolutions series now.

And one that I think really hits the spot:

You’ll probably be ready for a break somewhere in History of Rome where you can work them in. History of Rome is really really long. The episodes are relatively short but there’s nearly 200 of them. When you start it, keep in mind with the early episodes this was Duncan’s very first attempt at podcasting and he had to learn as he went. He gets much better as he goes.

The History of English

A friend said he was lovin’ this one – English is his second language and like many people who have to study it, he’s fascinated by the complexity and stupidity of this great language of ours.

The History of English podcast is hosted by Kevin Stroud and almost 500 people like the show enough to donate money to it every month. Bonanza!

This podcast’s timeline goes right back to the proto Indo-European language that is the great-granddad of languages spoken today by 3 billion people. I thought the first few episodes might be a bit dry while he got all technical, but it’s an interesting story and the little anecdotes about various philologists were entertaining.

In the first few episodes I’ve learned a few tidbits about English that are going to blow everyone’s minds next time I’m invited to a dinner party. (Which I never am because I won’t shut up about podcasts and because I get fidgety when other people are talking.)

Update – I tuned out after a bit. It was good when it was on but I never felt like this was the one podcast I had to listen to right now.

The History of Byzantium

This came highly recommended – but I was a bit underwhelmed to realise it’s basically the continuation of the History of Rome podcast with a different host. If you can’t get enough HoR – this is for you.

It’s clearly good and has a loyal following, but I’m not super hooked on the history of that part of the world, so it’s not for me.

Honestly, the History of Byzantium podcast has imho (in my humble opinion) exceeded the quality of the History of Rome podcast at this point. It is amazingly well done. 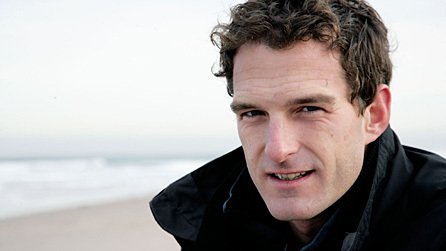 This came highly recommended by Frankie Boyle (!) so I dived into an episode questioning the historical accuracy of the Bible. THAT was fantastic, so I checked out another one, this time about British spies and interference in American politics in 1939-1941. MENTAL STORIES, featuring dubious deeds carried out by names such as Roald Dahl and Ian Fleming.

History Hit is a fun show, with most episodes seeming to come in the 20-30 minute range. Seems to have amazing guests and my only complaint so far is that the episodes are WAY too short – I could have listened to Hardcore History-type lengths. The website is annoyingly light on information about Dan Snow, and I couldn’t even find a photo of him (the one above was taken from a Buzzfeed article called ‘The World’s Most Bangable Historians’). Meanwhile there are large images of all the guests – I think that’s reflective of Snow’s attitude to the podcast; he lets his guests take centre stage.

I’m planning a huge binge on the past episodes, like this one about the Gold Rush. Join me!

A History of the World in 100 Objects

So I finally moved this from my ‘meh, maybe one day’ list to my ‘holy shit this is incredible’ list. I’m a few episodes in and so far it’s all objects from the British Museum, and it’s narrated by the Director of that institution, Neil MacGregor. You’ll be as fascinated by his accent as by the content, and that’s saying something.

Every episode is 14 minutes and it’s kind of incredible what they cram into that time. It’s jam-packed with story, context, quotes, and voices.

My podcast-sceptic girlfriend is a huge fan. “His voice is pleasantly soporific but it’s all much too interesting to fall asleep to.”

This is a bombastic, dramatic reading of history which delicate British listeners might find over-the-top. Brad ‘Bradford’ Harris (the host) told me about his show on Twitter, then never replied to my follow-up email. So that’s rude. And the podcast? Once you get used to the cadence of his delivery and the profusion of adverbs and superlatives, it’s actually good. It mostly achieves its goal of making history less tedious (though if you’re reading this article you likely don’t think it’s a boring topic). Anyhoo, give it a try.

NYPL? The New York Public Library? That’s right! There’s no better place to go to learn about history than your local library, right?

Each episode in this series (there are 183 as of now) features a different author that will chat about books, history, and other cool stuff. If you hate libraries because they’re stuffy and boring, this podcast might flip your perceptions–there are interesting, lively guests and some hardcore concepts, like meditation, the history of hip hop, and the history of the dictionary.

The Migration Nation is still in its infancy compared to some other podcasts that have hundreds of episodes, but that doesn’t mean it’s lacking in quality. It was started by Lyman Stone and Brian Hudson, an economist and a teacher.

They discuss topics like the effects of slavery on migration patterns, and in their first episode they talk about bourbon. Their last episode was posted in April, so it seems like that’s the end of the first season. All fifteen episodes are worth a listen!

This podcast, hosted by Clare Testoni, is all about the history of fairy tales, like the ones so lovingly compiled in the Grimm Brother’s massive book. By combining soothing music with gentle narration, it displays the power of poetic history. (Seriously, their soundtrack is amazing!). This would be an awesome podcast to listen to if you like creative writing and poetry and all things dark and beautiful.

The story of the American Indians is rife with struggle and sadness, which is why people sometimes overlook their rich history. Greg and Andrew Cotter created this podcast in the hopes of explaining the history behind the Iroquois, who were one of the most powerful nations in the United States. Ever wanted to know about the politics of the Iroquois? Or their food? Or the myths they share with each other? Listen to this one.

Hosted by Malcolm Gladwell, the famous pop psychology author. Revisionist History is a study in political and social history. He goes back in time and discusses the situations and cultural atmosphere surrounding some of the biggest events in history, seeking to bring attention to the misunderstood, misinterpreted, and the forgotten. The idea is impressive, and the production is fantastic. It’s always fun to listen to these episodes, which are all about 30-45 minutes long. Perfect for boredom-inducing stints in traffic or your morning commute.

The Thread with OZY

Not sure who OZY is – Ozymandius King of Kings, perhaps? – but this is an interesting new history pod with a different spin. It starts with the murder of John Lennon and tries to explain all the pieces of the puzzle that led to that event. A little bit like Dirk Gently’s theory of the interconnectedness of all things.

It’s probably easier to just listen to it instead of me trying to explain it – just be sure to start at the start, because it’s a tale constructed upon itself, like podcast Jenga.

The History of England