Our Thing is a True Crime podcast that focuses on mafia-like institutions. The host, Justin, tells me the name ‘Our Thing’ comes from the translation of La Cosa Nostra, the name the Italian mafia gives itself.

There have only been two episodes so far, and as with most new podcasts there have been missteps. The first episode focuses on the Royal Thai Police, the second on Colombian drug gangs. 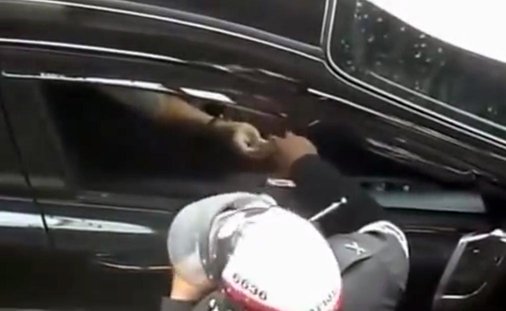 It quickly becomes clear that Justin has some personal experience of corruption in Thailand. He tells a story where he watches in horror as his moronic friend abuses and challenges a corrupt cop. The story isn’t as dramatic as it could have been, because we know Justin survived to tell the story. He could have presented the tale as happening to someone else – that would raise the stakes since we could assume everyone was going to die. (Then the revelation – the narrator of the story was ME!)

It is apparent that he has carried out tons of research into the topic. The problem is that the presentation of the information isn’t very slick. It seems like he’s typed his notes out on a Word document for we can hear him slapping his keyboard after every paragraph. Not that big a deal, but he could have done that a little more quietly or jury-rigged some other solution. His delivery needs a lot of work, too. There are lots of little stumbles and mistakes, and the pauses between sentences are slightly too long. It’s hard talking for an hour with no mistakes, but that’s where editing comes in. If you make a mistake, repeat the section and cut out the flawed one. It takes time but your listeners will thank you for it.

And just why is the format Justin talking for an hour? After 30 minutes I started getting fidgety. “What this needs is a lot more variety in the audio,” I thought. A second later, Justin played an audio clip from Sky News. He needs to do such things far, far more often.

Pablo Escobar and the Peasant Billionaires 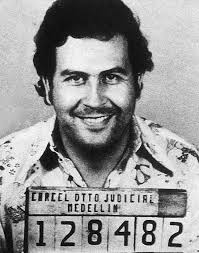 At first it seemed like Justin had read my unpublished notes, for the second episode started with some jungle sound effects. ‘We are in Colombia,’ he said, as though he were David Attenborough standing on a log. Great! Take us inside the story! Much more interesting.

However, that background music abruptly stopped, and it reverted to the previous episode’s format – basically a lecture given by a man unused to public speaking.

The sound quality is better this time, but it’s not enough to do tons of research and have great knowledge. It has to be delivered in a digestible form. That means breaking up the narration into shorter sections (with few or no mistakes/hesitations), introducing other voices, finding other ways to engage the listener. How about telling someone the story and answering their questions? Would it be possible to get a co-host? How about interviewing an Escobar expert or even a random Colombian and pitching your theories to him? Anything to add interest and variety.

For now, my verdict on the Our Thing podcast is ‘pass’, but there’s potential for this podcast to get much, much better and I might dip back into it in a few months to see if things have changed.