A couple of years ago I wrote a hilarious blog post about what I wanted my funeral to look like. I never posted it – it seemed like it would upset my mum and distress my family. But why can’t we talk about death? It seems pretty important.

One man went to the same ledge as me, but instead of gingerly backing away, he dived right off towards the deep blue ocean – and terrifying rocks – below.

I had the pleasure of interviewing D. S. Moss, host of the death-themed podcast The Adventures of Memento Mori.

Why do you podcast?

To tell stories. That’s the base answer. My background is in film and podcasting doesn’t have all of the baked-in barriers that film does. Equipment is minimal, crew is minimal, distribution effort is minimal and yet there is incredible potential to tell compelling stories that can reach huge audiences. Plus, it’s just fun.

That’s true, but at least if you make a YouTube video you get likes and comments and maybe even see your video embedded on someone’s website or shared on Reddit. There’s often very little feedback from a podcast. Wouldn’t you have more fun in film? 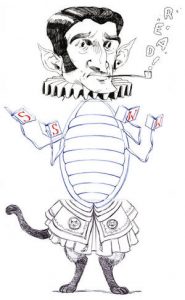 No doubt film is fun. But, I’m an old school film guy and still think in terms of celluloid and the big screen. I have a little, but not much experience with YouTube storytelling with a built in community. For me, even short films have an end destination of festival competition. I guess what I’m getting at is – for me, the podcast is actually more interactive than anything else before. I did try to do an exquisite corpse web series where the audience got to help decide the future of the character, but, well, that didn’t turn out well. I’m in love with the podcast format because I can also turn all of the scripts tucked away in a drawer into audio fiction. Fuck it. Turn them into podcasts. I feel a bit liberated with this format.

What kind of setup/equipment do you have and how much time do you spend editing?

So, a typical episode has 4 or 5 guests and as the title suggests our show is an adventure. Meaning, the majority of interviews are field interviews. For this I use my handy dandy Zoom 4HN and a series of mics depending on the environment. For the phone conversations I use Skype and record the guest’s audio with the computer audio and mine with the ZOOM. This way I have a clean version of both me and the guest.

Once the interviews for an episode are done I have them transcribed and from there I assemble the paper edit with my transition VO lines that connect the interviews together. Hopefully. For each 30 minutes episode we spend close to 80 hours of work producing it.

It does sound like a lot of effort has gone into it. It’s got that sense you get from the good shows that they invested a lot of time crafting it into something. Is there a podcast you’d consider a rival and do you listen to it?

There are other podcasts that share the general topic of death, but since our show is about a personal journey of stumbling my way through an existential crisis it doesn’t have a natural rival. With that being said, I do listen to the other podcasts on the subject and we are all a pretty friendly group. I wish everyone as much success as possible.

Did you enjoy Serial and how do you feel about the boom in podcasts since it aired? 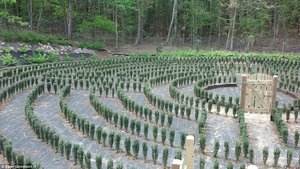 MDWAP is fantastic. What else is on your podcast app?

I’m late to the Pod Save America, so I have that queued up right now. Also, I’m really digging Intelligence Squared Debates. Both are strange, because I usually like to even things out with more comedy, but, well, we live in fascinating times…

I tried to listen to episode 1 in the car with my girlfriend and as soon as it became clear the topic was death she went ‘no no no’ and made me turn it off. I imagine that’ll be a fairly common reaction. How do you feel about that?

I love it. Cause that’s the point of the show. More often than not, when I tell someone that our show’s about death there is a step back. Then, I wait…1 Mississippi….2 Mississippi.. .and they take two steps in and begin to tell you their story around it. I get the reaction. It’s natural. But it’s the one topic that connects us all and is worth talking about. Modern American society in particular seems to avoid the topic more than other cultures. Which in itself is fascinating and worth exploring.

But, I want to be clear the show is not dark, or sad, or depressing. The premise is this: If I can truly accept my own mortality, than that should allow me to live a more meaningful life. The audience gets to explore mortality through me stubbing my toes. We talk about philosophy, science, superstition and make it human along the way. I host a seance, get hypnotized and go into my past lives, hop on the Immortality Bus with the Transhumanist Party’s Presidential candidate and talk to him about living forever, and go to Peru to do ayahuasca in hopes of transformation through ego death. You’ll laugh more than you’ll cry, I promise.

You started this in 2015 – has it performed how you wanted? In terms of buzz or downloads or whatever your goals were. 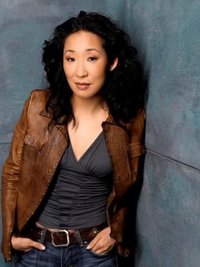 Here’s the rub- My co-producer Josh and I initially started the show purely as a passion project without any goals. The goal was actually to not have a goal. Ultimately, we just wanted to produce a high quality show and get good guests. So in that sense we totally hit it. Along with celebrities like Sandra Oh, we were able to get guests who were superstars in their respective fields.

However, now, we’re starting to care about download numbers. I probably have an unhealthy libsyn stat checking habit. Our goal now is to hit 200,000 downloads which will trigger season 2, or another show.

You seemed affected by the seance in episode 2, as though the ‘medium’ had said something that resonated with you. All I heard was some pretty bad cold reading. A couple of years later, how do you look back on that experience?

It’s funny, that was the second episode and it probably had the least “lasting” impact on me. In the moment it felt it did, but every other episode has resonated with me more. I’m totally sincere when saying this – exploring mortality has made a profound change in my life. And, you’re right, it was cold reading 101.

I’m only up to episode 4, but it’s already clear that there’s loads to talk about on this topic and I think it’s well-made and interesting. But people have short attention spans and it’s hard to get them hooked. If you were on podcast speed-dating, which 5 minute section of which episode would you play to impress your date?

Ooooh. Good question. Well, assuming my date has a bit of a dark streak – Episodes 6&7 are about artist Claudia Bicen’s project in which she interviewed and drew nine people in hospice care. I get moved to tears every time I listen to it them.

Again, the show isn’t sad or depressing. You will laugh more than you cry, but these interviews are so human. You will be touched. And what I would play to impress my date would be the last five minutes of Episode 7 – Claudia Bicen’s conclusion about the meaning of life. It blows my mind every time I hear it.

Sounds good! Dive in to episode 7 here, or subscribe to the show on its iTunes page.