How Long Should a Podcast Be?

What’s the ideal length for a podcast? In my case, it’s the time from when I leave my flat to the time I arrive at work. Typically that’s about half an hour. And when I started listening to podcasts a year ago, most podcasts seemed to nuzzle comfortably into the 20-40 minute range.

Now, though, there seems to be a trend towards longer podcasts. It’s almost as if though the kind of people who make podcasts are the ones who love the sound of their own voice… and as if they aren’t aware of recent studies that show the attention span of humans is now minus two seconds.

Let’s get straight into the evidence that podcasts are getting too long.

One of the best podcasts out there, coming it at a consistent 17-22 minutes long. So I was a bit surprised by episode 691: The Great Unbundling.

Great show, as always, but this time with ten random minutes of audio from a TV show stuck onto the end. Was the audio at least something that easily made the transition from a visual medium to an auditory one? Sure, if you think listening to a guy teach a woman how to get her horse onto a trailer is good radio.

So that was weird, but I know what you’re thinking. You’re thinking it’s not conclusive proof of my theory. Dude, I’m just getting warmed up.

The Joffrey of Podcasts

This Game of Thrones podcast is one of my favourites, even though its hosts were super mean to me and called me names. They recently broke down the Season 6 trailer.

That trailer, in case you haven’t seen it, is 1:40 in length. That’s one minute and forty seconds. That’s approximately one hundred seconds.

The podcast where they talk about it is TWO HOURS SEVEN MINUTES.

They start with a 20-minute discussion about how many frames there are in a second of film. That’s important to know because they try to discuss the trailer FRAME BY FRAME.

It’s gone from my phone now, but the start went something like this:

Bubba: Okay, here’s frame one.
Catfish: It’s just black.
Bubba: Yes. But there’s a tiny bit of guitar. Very foreshadowing in my opinion. Shall we move on to frame two?
Catfish: This one’s just black too.
Bubba: But see that shadow there? That’s blacker than all the rest! Do you think that means we’ll see Lady Stoneheart?

Then, as if the discussion of the trailer wasn’t long enough, they perform – for no reason and with no explanation – the classic sketch ‘Who’s on First?’ but set in the Game of Thrones universe. 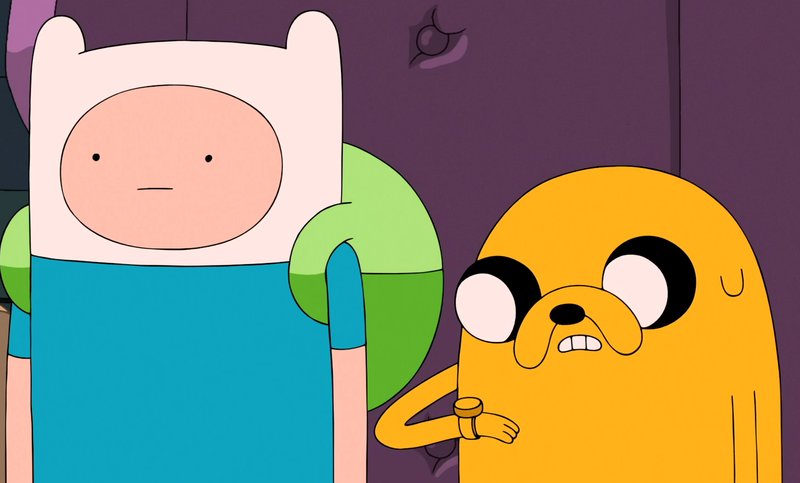 Now I enjoyed every ludicrous second of the podcast, but wow. Surely this is the most egregious example of the lengths podcasters will go to?

These are the guys who did a podcast a day for a month to celebrate the release of SPECTRE, so it’s no surprise they love talking about all things Bond at length. Now that SPECTREmania is behind us, they’re back in their regular rotation of watching the Bond movies in sequence and discussing them.

The latest one is For Your Eyes Only. For comparison, let’s look at one of their older episodes to see if they are indeed getting longer. Back in April 2014 they reviewed Thunderball, the one where Bond wins the lottery. That was pretty lengthy – 1 hour 58 minutes. Sounds like a pretty detailed review to me!

Okay, so you know what’s going to happen. ‘Eyes’ will weigh in at about 2 and a half hours, something like that?

That was only part one. Part 2 was another 3 HOURS 5 MINUTES! Holy cow! That’s over 6 hours on one movie. That’s got to be off-putting to new listeners, surely?

But wait some more! I just discovered that there’s a part 3! That one is 2:19 of further reviews, this time from fans. I haven’t listened to it yet but I think the JBR guys tried to insist on a 60-second time limit for those reviews, so they must have had dozens of them. I imagine there will be a lot of repetition but I’ll definitely check out the first half hour at least.

So, how long should a podcast be?

And that’s the thing. Since I’m a fan of all these shows already and enjoy geeking out on GoT or Bond as much as the next man, I don’t mind them being so long. For what it’s worth, I listened to every second of the podcasts I mentioned here, including the horse trailer thing.

But I do wonder if these guys are shooting themselves in the foot. I *think* that generally speaking people prefer shorter podcasts. Podcasters should feel free to make super-long episodes when the time is right, but resist the temptation to add length for its own sake.

The length of a podcast should be directly related to the endurance of the human bladder.