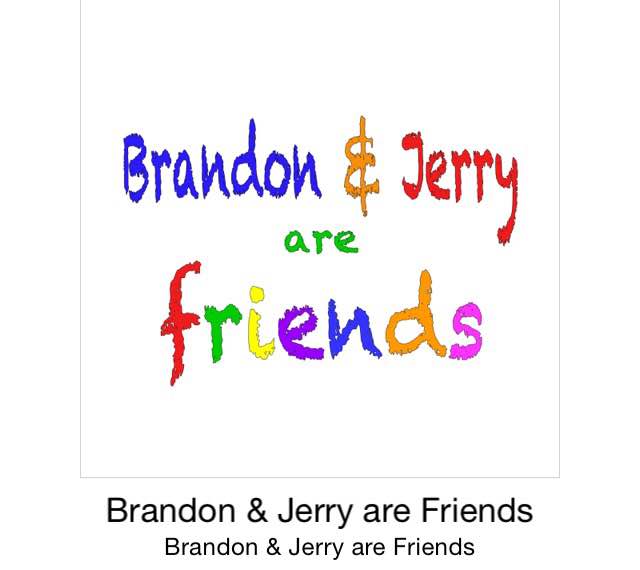 I hope you are having a fun holiday. Andrew is forcing me to listen to podcasts and write about them. I hate podcasts. Today I am going to tell you about the best podcast you will never listen to.

It started when Andrew went into reddit to see what people were saying about podcasts. He made the mistake of mentioning that he has a podcast review site and it was like dropping a bikini babe into a piranha pit.

You see, everyone on that forum is so busy making and promoting their podcasts that no-one is interested in listening to anyone else’s. There were so many requests for Andrew to review show X and podcast Y that he did what he always does – outsource the work to me.

The first one he gave me is called Brandon and Jerry Are Friends. Now that title might work if it were something like ‘Matt and Jennifer Are Friends’ and the hosts were Matt LeBlanc and Jennifer Aniston. People would find the show, instantly get the concept and the joke, and it would be a sensation.

But we don’t know who Brandon and Jerry are. Maybe they are two uber-talented graphic artists who freelance for design leaders such as Apple or EverythingAsterix.com? Let’s check by taking a look at their logo: 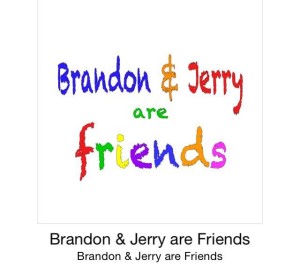 Oh…. kay. So they are just two dudes (children?) who we don’t know and we don’t know the concept or purpose of their show. THANKS FOR MAKING ME DO THIS ANDREW IS THIS WHY YOU GIGGLE IN YOUR SLEEP

I listened to episode 1. It was about the Superbowl. Hmm. These guys just didn’t want me to press play! But I have to say that I didn’t hate it right away, which was weird, because I was primed to hate it by everything I’ve mentioned so far. Ten minutes in, I still didn’t hate it.

The guys – still have no idea who they are by the way – have good radio voices and are distinctive. I heard Andrew listen to ‘invisibilia’ and was amazed to realise there were two different women with the exact same voice. Brandon and Jerry’s voices complement each other nicely, and their chat is unforced and sometimes funny. The sound quality is good and when the episode was finished I went ahead and downloaded the next three.

For a free podcast, I actually think it’s pretty great. It’s just… who’s going to listen? They should stop what they’re doing, delete all traces of it from the net and iTunes. They should sit in a room and lock the door until they’ve got a killer concept – something that’s going to give drive and purpose to every sentence of every episode. Something like ‘DudeTalk – the week’s news punched till it bleeds’, or ‘EarLaser – slicing up news into laugh-sized chunks.’

If they did that, they still might not reach that many iPhones – it’s a crowded market. But it’d be a show I’d subscribe to, at least.