I live in the countryside in a foreign land and the nearest cinemas only show dubbed movies. Call me a purist snob but there’s no parallel dimension where I’m going to watch Mission Impossible: Fallout in German.

I have a half-decent cinema room in my attic (big TV, sound system), which was awesome in the spring, but became unbearably hot in summer. It’ll be insulated in a couple of months, and we’re getting new windows. But for now I’m not really watching a lot of movies.

So all that probably explains why I’ve got so many movie podcasts on my phone. I’ve been devouring them. Funny ones, serious ones, big names, the obscure. Here are my picks for what you should subscribe to, and what you can safely skip.

Note that I already made a page about the best James Bond podcasts, so I won’t include those guys here.

How Did This Get Made?

I feel slightly bad including this on every list (e.g. best comedy podcasts) but I really enjoy it. Start with some early episodes so you can get to know Paul, Jason, and June, because once they get to the live shows it gets quite manic and shouty. If you’re already a fan by that point, you’ll love it, but I can imagine it’s an acquired taste. 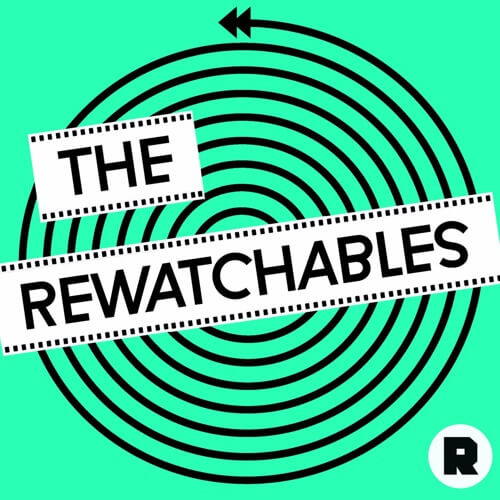 This is a show in The Ringer’s stable. It’s normally hosted by Bill Simmons, who seems to be somewhat well-known (his fame doesn’t extend to my village). The Ringer is a sports site (?) and my guess is they kept talking about sports movies to the point that someone said ‘let’s just make an actual movie podcast’. Thus the early episodes are sports-heavy – White Men Can’t Jump, Any Given Sunday, Moneyball – but they soon started talking about your Point Breaks, your Screams, your Jawses.

They tend to talk over each other a bit too much, but that’s the only real flaw. They have regular segments like ‘Apex Mountain’ – is Silence of the Lambs the pinnacle of Anthony Hopkins’s career? Jodie Foster’s? Who won Jaws: Spielberg or Williams? Once you’ve listened to a few episodes you get to know the format and that’s something I quite like.

There’s a bunch of different hosts and co-hosts, too, which is a bonus. 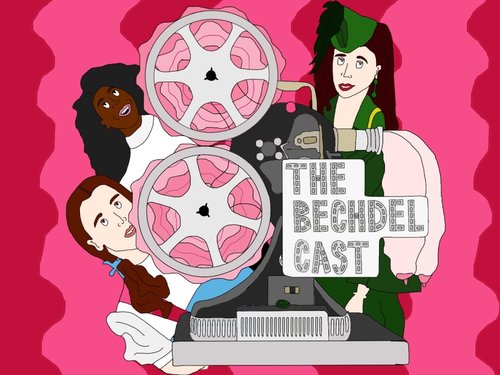 I’m not woke enough to really enjoy media with a progressive agenda when the only thing discussed is the agenda. I’m all for closing the gender pay gap and Christ I’d love another black president right now. I just find ThinkPieces and hot takes like ‘Why Paddington Bear Typifies Toxic Masculinity’ or ‘Is this Lego’s MeToo Moment?’ exhausting.

But The Bechdel Cast, named after the alarmingly eye-opening Bechdel Test, was in the UK Top 20 for TV and Film so I gave it a try. Guess what? It’s fun! It’s great fun!

I started with the Moulin Rouge episode. They opened with a How Did This Get Made-esque takedown of the plot – can’t get enough of that sort of thing – then they got into how the film portrays sex workers (Satine) and the men who want her (Christian and the Duke). They DID use the phrase ‘toxic masculinity’ a few times but it’s hard to disagree that those men ARE awful.

A lot of good points are well made. It’s fair and thought-provoking. I’m more woker now! And I didn’t resent the process!

And it never gets preachy or overbearing. The tone is light the whole time. “Women be faintin!”

By the way, they decide that Moulin Rouge passes the Bechdel Test, by the skin of its teeth. And despite finding a bunch of problems with it, they all said it was a fun movie. Which it is, and I’m glad they said that.

This is a bunch of Brits from the film magazine Little White Lies reviewing 3 films per ep. They have a neat rating system – how much they anticipated a movie (out of 5), how they felt watching it, and how they feel in retrospect. So perhaps they were only mildly looking forward to a new Marvel movie, greatly enjoyed it at the time, then instantly forgot it. That might come out as 2/4/2 in their ratings.

It’s a good listen and I’d definitely buy the magazine. Their covers are gorgeous. Lookit:

Sometimes they veer in the direction of snobbery, but then will say they loved A Knight’s Tale and tell you to watch Blade 2.

My only real issue with it is that they review new movies. That sounds pretty dumb and obvious but as I said, I live in Central Europe and I have to wait for DVDs to come out. So I don’t want to hear or read reviews of current movies – I much prefer hearing podcasts about films I’ve already seen.

Thus I’m not subscribed to this one, but will dip in from time to time, as I did this morning to hear what they thought of Phantom Thread, which I watched last night. 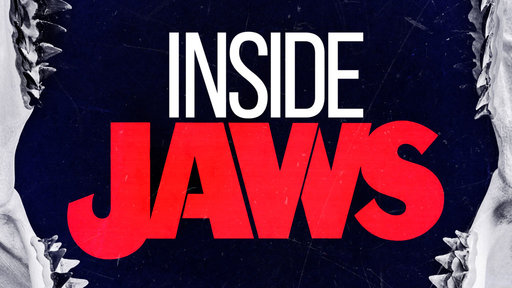 Inside Psycho / Inside Jaws / Inside the Exorcist

These are a series of over-the-top, over-produced radio dramas from Wondery (motto: a Network of Storytellers).

I started with Inside Psycho. Episode 1 was about Ed Gein, the real-life nutjob who inspired the movie. There’s a lot of suspenseful music, sound effects… … … and dramatic pauses. It veers between maddening and entertaining and I guess each listener will quickly decide for himself whether it’s worth continuing.

Me? I decided to not let it bother me, and yet it did. ‘The man who bought the rights to the movie… was… ALFRED HITCHCOCK! What a twist! Didn’t see that comin DIDYA?” I mean, I’m listening to a podcast about Psycho. If there’s one thing I know about that movie it’s the director.

(After writing this, I went and checked out the competition. Indie Wire describes it as having ‘squishy sound design‘ which is just one great quote from a top-notch review.)

Ugh. Anyway, it’s entertaining and I can wait to SINK MY TEETH into the Jaws one.

This is from Adam and Ben, the guys behind the funny Star Trek podcast, The Greatest Generation, plus John Roderick – the lead singer of The Long Winters. Every week they watch a war movie then have a chat about it. What counts as a war movie? Good question! Star Wars? No? But it’s got war in the title! Anyway, that was last week’s episode and it was a good one.

I’ve listened to every ep and I’m a big fan. It’s a bit less funny with John than with just the other two (because he isn’t just striving for the next joke), but he brings a lifetime of experience, knowledge, and humanity to the table. If you are the sort of person who calls people with empathy ‘liberal cucks’ then you won’t like this. Everyone else should pile in.

Movie Crush is an interview show where Chuck Bryant from Stuff You Should Know sits down with your favorite people to talk about their favorite movie.

When I heard the concept of this one, I rushed to download 3 episodes. It’s basically just a common-or-garden interview, so you’re only going to like it if you like the interview subject. They do eventually get to talking about the movie, but by then your interest has waned.