I was late getting to Better Call Saul, the spinoff show from Breaking Bad, so I was able to binge-watch the whole series. Season 2 is coming, and this time I’ll be watching week by week, so I’m going to need a podcast or two to tide me over between episodes. I downloaded over a gigabyte of podcasts to my already cramped phone with the intention of finding the best Better Call Saul podcast.

[I’m writing this paragraph after listening to everything. A lot of these podcasts are pretty similar – two white (or white-sounding) American guys who discuss the episodes. Nothing wrong with that, but after listening to so many  practically identical conversations I started to crave variety – audio clips from the show, female/foreign voices, humour/charisma, phone-ins from the listeners. So I’m under-rating some nearly flawless shows just because they don’t particularly stand out.]

Ready? Here we go. Reviews are in the order I listened.

Would you like to listen to a Better Call Saul pub quiz where listeners send in questions and the hosts of the show type their answers into a computer? Do you want to hear a ten-minute conversation about pimento? (The pepper, not the BCS episode.) If yes, this is the podcast for you!

This podcast is a hot mess and badly needs editing and a rethink of the order they do things. However, when the three hosts finally get round to talking about the television show they just watched, it’s solid. Not great, but fine. They have fans. People do listen to it. But I hope to find something better.

The episode I listened to was very good – I couldn’t find anything to complain about – but when I tried to do some research on the host (Angry Ginger) I found that he is uncertain how much podcasting he’ll be doing in future.

So a good option with a big question mark hanging over it. (If you want to find it in the mass of similarly-titled podcasts, try including ‘7 Days a Geek’ in your search.)

Isn’t Slate one of those annoyingly slick websites overloaded with popups and clickbait? (I just checked – seems I’ve mixed it up with something else, though my adblocker intercepted a LOT of processes.) Anyway, here’s what I think about their BCS podcast:

Yes! I like this one! The hosts are PERFECT. Intelligent, funny, and their accents and voices are totally distinct. They use clips from the TV show, which adds a welcome bit a variety. Nothing else to say, except that this is a quality podcast from an organisation that has the resources to get it right. Listen:

I like it so much I think I’ll turn my adblocker off on their site! Now excuse me while I read this interesting article about why Republicans hate Jeb Bush… Back in a while.

Anyway, the start of their BCS podcast (episode 10, as always) was quite ropey and I couldn’t help but roll my eyes. What is it with these podcast dudes that they insist on creating a bad first impression? It soon settled into a rhythm, though, and from there it was smooth sailing.

Not only were there zero flaws for me to whinge about, but – and I can’t stress how important this is – they mentioned the ‘Machete Order’ as a way of watching the Star Wars movies. (It is relevant to Better Call Saul – if you’re telling a newcomer about it, would you recommend they watch Breaking Bad first?) The Machete Order is, in my humble opinion, brilliant, and that article was the best thing I’ve read on the internet since the ‘Jar Jar Binks is a Sith Master’ thing on Reddit.

The DVM dudes mentioned a Game of Thrones cast that they do, and on their site I saw a Sherlock podcast (that Christmas special was not very special. Am I right?). I’m impressed enough by this one to want to check those out. First I’ve got another billion hours of Marco (BCS Episode 10) discussion to wade through.

Did I mention I downloaded the episode 10 show from all of these? I’m starting to regret that. I thought it would be the fairest way, giving the shows time to iron out flaws and cutting out shows that didn’t have the stamina to finish the season.

I was reluctant to download anything from Afterbuzz to my phone, but I couldn’t remember why. Had I read something about how awful they are? I seem to have a lot of negative preconceptions about people and organisations based on very little information. Nothing a few years of therapy can’t fix, I’m sure.

But ha! My instincts were right! This podcast starts with some thumping techno music and some promotion for Afterbuzz’s creators. One name jumps out at me – Maria Menounos. Rings a bell somehow. Maybe she’s the annoying one. A quick google image search suggests that she can be as annoying as she wants and I wouldn’t mind. Wowza! She reminds me of a tiny bar in Heraklion, Crete, where the two barmaids were the first and second most beautiful women I’ve ever seen. 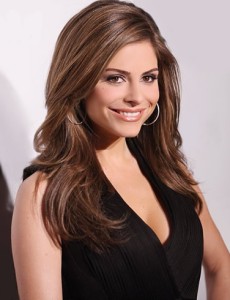 So – Maria Menounos good, thumping techno music bad. But the podcast is really fine. I won’t be listening again because the intro is so off-putting and there are other choices. But the hosts are amiable and they hit all the key points in their discussion of the episode. No criticisms whatsoever of the podcast itself.

This one gets points for not naming itself ‘Better Call Saul’ – a phrase that I am sick of typing (and one I type WRONG every single time). I think the host is Mike Marbach but my notes are messed up and it was somewhat hard finding the right link on google. There was some mention of ‘Stark Raven Mad’ but maybe that’s just a Game of Thrones podcast these guys run. I dunno.

So, this podcast was fine but guess what? It’s starting to get tedious listening to the same discussion again and again. Of course I should have gone from episode 1 to 10 across ten different podcasts! I know that now! I don’t need you to point out my mistakes! Leave me alone!

I liked this show a bit less than the Afterbuzz one. The hosts here got annoying – just slightly, just once in a while. They had what I think was a sandwich wrapped in tin foil and they kept rustling it. That was followed by some chomping noises while people munched on the sandwich or whatever it was. Only for a few seconds but dudes! You’re in a category where standards are high. THERE CAN BE NO SLIPUPS! THERE CAN BE NO SANDWICHES!

Not much audience interaction here, either. It’s good when hosts read emails out, or they just involve the outside world as much as they can. It makes me feel like I’m in a community. Like I have friends.

This was one of the things that popped up on a search – with a name like Meet the Cast it would seem to be an official podcast, maybe made by AMC themselves? But when I clicked on it – to my utter HORROR – it played a video. A VIDEO. On my podcast app!

Now I don’t want to get all ulcerous about this, but do NOT waste my monthly data plan with your 422MB files covering all of 25 minutes!

If I want to watch video I’ll go to Youtube. Filling my tiny phone with your massive videos? Get outta here!

God, there are still, like, ten to go. Everyone stop saying ‘Slippin’ Jimmy’. Stop it!

This was sponsored by Audible, which normally means it has enough listeners to be worth doing business with.

But I listened for 20 minutes and didn’t care for it. Next!

The hosts, Elaine and Travis, introduce themselves and pretty much get straight down to it. The episode is one of the shortest on this list – a mere 31 minutes. That’s a plus. You could follow two shows – one for your long drive down to the beach and one for your short subway ride to work. Or whatever. I don’t know your schedule – I’m just GUESSING.

Elaine doesn’t like Howard Hamlin, the guy whose unfortunate lot it is to perform multiple Chicago Sunroofs all over Jimmy. But Elaine is wrong – Hamlin is shown to be on Jimmy’s side right from the start. So because I disagree with her about this minor point about a minor character, I’m deleting this podcast and never looking back.

(Actually I listened to the end and Elaine redeems herself with the most lucid explanation of the last line of the last episode from any of these podcasts.)

Another messy, off-putting intro. What is the point of a cold open on a podcast? They are rarely done well.

We get a woman with a heavy cold, a guy on a dodgy phone line, and one guy with a sexy, masculine voice that makes me feel like a piglet wrapped up in a snug blanket.

Still, a few minutes in and I’m angrily tapping on my iPhone – ‘get some Lemsip, woman!’ She reveals that she’s pregnant and doesn’t want to take strong medication and I feel bad for a second, until I realise that if I never tell anyone what was in my head, no-one will ever know. All I have to do is not include it in the reviews and it’ll be lost, like tears in the rain.

Anyway, it was ten minutes of waffle before they started talking and the main guy’s voice was annoying. I’m outty.

Here cast is a verb meaning ‘to podcast about’ and not ‘to choose an actor’. They started the show with 33 seconds of slow haunting music that threatened to rise to a climax, but didn’t – music which is abruptly cut off for a jaunty voice to say ‘Hello! Welcome to Better Cast Saul!’

WTF just happened? This is a 1:51 hour long podcast – is it just slow, haunting music with occasional interjections? God, I can’t listen to any more BCS podcasts! Don’t make me do it!

Then I notice it’s an offering from Bald Move. It’s odd their intro is so bad, because I seem to remember really liking their other podcasts.

And, indeed, it turned out to be good. It’s long – almost every episode is at least 90 mins – and it’s just two dudes talking and no other sounds. But the sound quality seems perfect, they encourage listener participation, and at no point did I want to turn off, despite hearing people talk about everything they talked about at least 3 times already.

This podcast was recorded live in a gigantic echo chamber. That’s all I really have to say about it. Except that I went back to the previous episode and it, too, sounded like that.

The hosts, Jamie and Mike, were bummed out about episode 10 and were so down on it they re-recorded the episode because they didn’t want to bum out the listeners. Great! Put the listeners first. But it was really unlistenable with that sound distortion thing going on.

Pretty much straight down to business. Hallelujah! One of the best starts to a podcast on the list.

They’re knowledgeable (but so is pretty much everyone else) and were able to make links to earlier episodes of the show and with scenes from Breaking Bad. But as good as it is (it’s a solid 8 out of 10 show) it suffers from that problem of being very samey.

But I saw on their website they’re watching Seinfeld and talking about that – sign me up for that one!

The last one. Whoo!

Dave and Bryan get points for –

There’s also a wife or girlfriend in the recording area, and we sometimes hear from her, but it doesn’t always help the show.

I’m going to start season 2 with subscriptions to the following ones on my iPhone:

Then depending on which days they come out and how interesting season 2 of the TV show is, I’ll whittle that down even further.